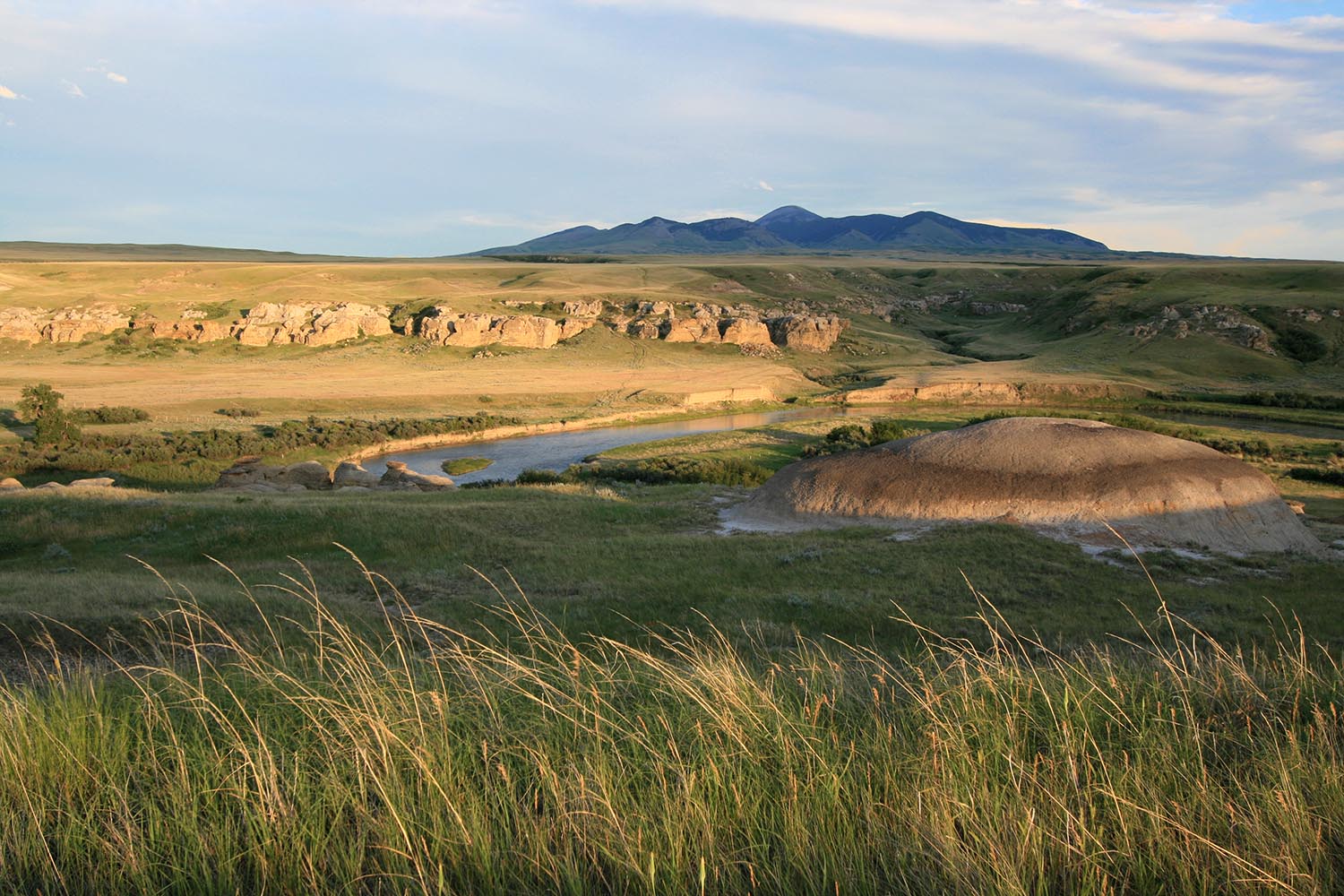 Dodson, on the Milk River, was named for a merchant who operated in a well-patronized trading post and saloon there before the Great Northern Railroad came through. A post office was opened in Dodson in 1891 with Richard Garland as postmaster. It closed in October of that year but reopened in 1894. (from Cheney’s Names on the Face of Montana, Mountain Press Publishing Company)

The country east of the Continental Divide and north of the Missouri River, in which Dodson is located, is known as the Hi-Line. This term comes from the way Montanans described the Great Northern Railway’s route and came to include the surrounding areas as well. The Hi-Line is now known for its rolling prairies and farmland. Dodson is near the Hi-Line communities of Malta and Glasgow.

Dodson is near Fort Belknap Indian Reservation, located between the Milk River and Little Rocky Mountains. It is home to the Gros Ventre and Assiniboine tribes. From the reservation, guided tours are available to Snake Butte, Mission Canyon, Bear Gulch and St. Paul’s Mission.