THE MONTANA T-REX FOSSIL – WHO REALLY FOUND IT? 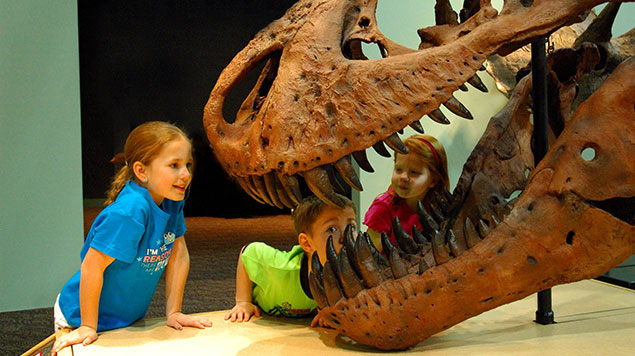 The Montana T-rex Fossil – Who Really Found It?

By Rick and Susie Graetz

We have penned a considerable amount on the Missouri River Breaks, especially on the landscape north of the Missouri between Malta and Glasgow and south of it down to Jordan. All of our previous readings led us to believe William Hornaday of the American Museum of Natural History uncovered the first complete T-Rex skeleton while hunting in one of the deep coulees of Snow Creek north of Jordan. Recently, Robert Hurley, a Glasgow attorney, sent an interesting note explaining that Hornaday had nothing to do with this discovery; actually, it was a Garfield County rancher who spotted the remains. Rather than try and reiterate ourselves what Mr. Hurley wrote, we present his correspondence and other information on the subject.

"Mr. and Mrs. Graetz, The March 20th Great Falls Tribune carried your article about the Missouri Breaks, and you suggested that in 1902, William Hornaday of the American Museum of Natural History descended into a canyon and uncovered one of the world's first intact T-Rex fossils.

“… I am not a paleontologist. However, I do suggest there may be some confusion here. My longtime friend, Lawrence "Hoolie" Edwards has often told me the story about the finding of the first T-Rex at Haxby, an old-time Post Office north of Jordan … Hoolie has explained how his father met Dr. Barnum Brown (not William Hornaday) of the American Museum of Natural History in New York; they talked about hunting in northeast Montana; they talked about the dinosaur bones that Hoolie's father, George Edwards, had found near the Edwards ranch; and about 1902, if I am recalling my dates correctly, Dr. Brown arranged with Hoolie's father to come to Glasgow and to take a ride with a team of horses from Glasgow to the Edwards ranch, where George Edwards personally led Dr. Brown to the so-called first and most famous T-Rex skeleton, which was not down a canyon, but at the surface on a bluff near Haxby, Montana.

“I respectfully suggest that you may have confused William Hornaday with Barnum Brown, who gets credit for "discovering" this fossil.

“And neither Brown nor Hornaday nor any other museum official should have taken credit for discovering this T-Rex - George Edwards had discovered it and led Dr. Brown right to it. If I am recalling correctly, Hoolie’s quotation of the ‘so-called discovery’ was to the effect that Brown didn't even get his shoes dirty - he rode right up to the discovery on the buggy or wagon, directed by George Edwards.

“I suggest this is another of the instances where Montana history glorifies the wrong discoverer ... Sincerely, Robert Hurley"

Our interest was peaked. So we sent the missive to our good friend Doug Smith, the Sheridan County planner and a respected archaeologist/historian/geologist. Doug felt Robert Hurley was substantially correct, but in doing some research, he found a letter in his files from the above mentioned Dr. Barnum Brown to a woman in Circle, Montana explaining where he claimed the T-Rex was found. Brown's letter dated March 12, 1953 in part reads as follows.

"Dear Miss Wischmann: ... Your letter of March 2nd was forwarded to me ... I believe practically all of the specimens I found for the American Museum came from Garfield County and few if any from the present McCone County, the boundary of which was established after I worked that region.

“I started work in the badlands of the Missouri River in the Spring of 1902 with Jordan on Big Dry Creek as headquarters and I continued working the region each summer until 1909.

“My first discovery of a dinosaur was the skeleton of Tyrannosaurus Rex at the old Max Sieber buffalo cabin on Hell Creek 16 miles Northwest of Jordan. This skeleton we sold to the Carnegie Museum of Pittsburgh when it was feared Germany might bomb New York City and destroy Museum specimens.

“The second T-Rex skeleton now mounted in the American Museum I found on the John Willis ranch on the Big Dry which I think was also Garfield County … You might also enquire of Art Vail, sheep man, if still living for all nearby ranch people were interested in my work and most helpful … It is very difficult to trust one’s memory in a very active career.”

So now we took Robert Hurley’s advice to contact Lawrence “Hoolie” Edwards and get the details directly, “so you aren’t reporting second or third hand.”

Hoolie Edwards, an “old-time cowboy” living at the end of a road, 52 miles into the Breaks from Jordan, told us, Dr. Brown is correct on the location of the second find, but that the skeleton of the first T-Rex found by his father in 1902, was 15 miles from the buffalo cabin where Brown claimed to have made his discovery.

It would seem to make sense that a local rancher working the untracked badlands of the Missouri Breaks on a daily basis would be more apt to uncover something of this nature than a scientist from New York. After reviewing the evidence, we concur with Hurley, Smith and “Hoolie” Edwards that the evidence seems to point to George Edwards as the person who located the initial T-Rex.

As for Hornaday, Smith tells us he was “the guy from the Smithsonian who collected some of the last Buffalo from the same area as the T-rex find and had them stuffed.”