We know Northeast Montana as the land of sprawling plains, big skies and quaint communities. But long ago, millions of years before the Missouri River had even begun to form, this land was a lush wetland for prehistoric giants to roam. While that is hard for many of us to picture now, the evidence is all around us—Missouri River Country is home to world class fossil discoveries, and more T-rex skeletons have been found in Montana than any other state. If dinosaur discoveries and relics of Northeast Montana's ancient landscape have piqued your interest, look no further. Here are some dinosaur sightings you won't want to miss in Missouri River Country's many museums scattered along the famous Dinosaur Trail. 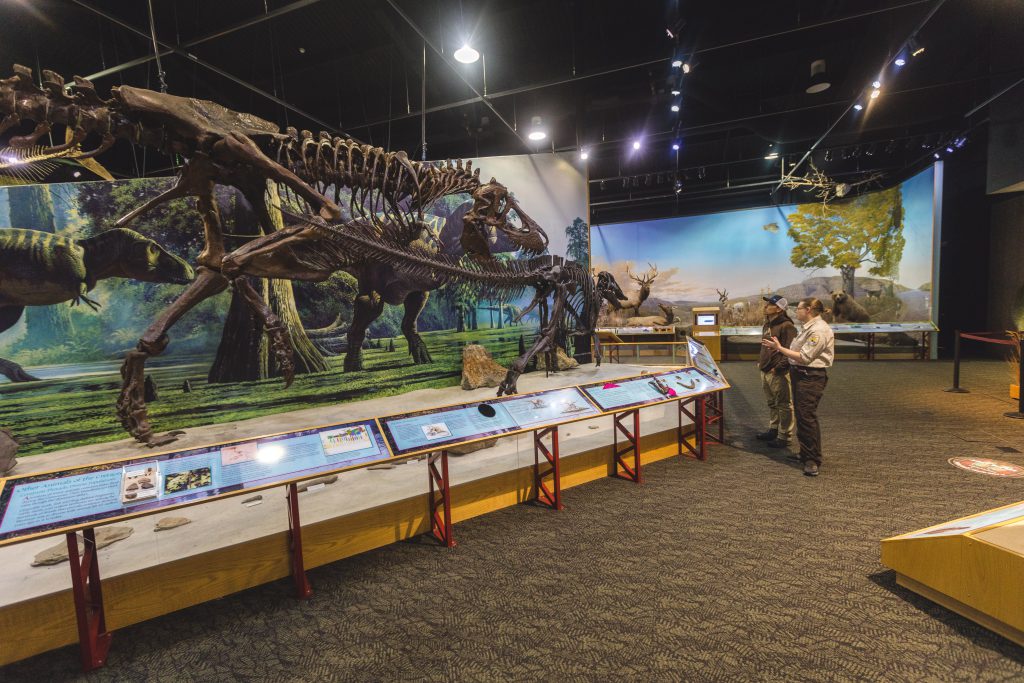 Visitors entering the main lobby of the Fort Peck Interpretive Center are greeted by a life size, fleshed-out model of Peck's Rex, the Tyrannosaurus Rex discovered 20 miles southeast of Fort Peck in 1997. A skeleton cast of Peck's Rex is also on display in the exhibit hall along with several other regional paleontology displays including a Cretaceous Sea display. 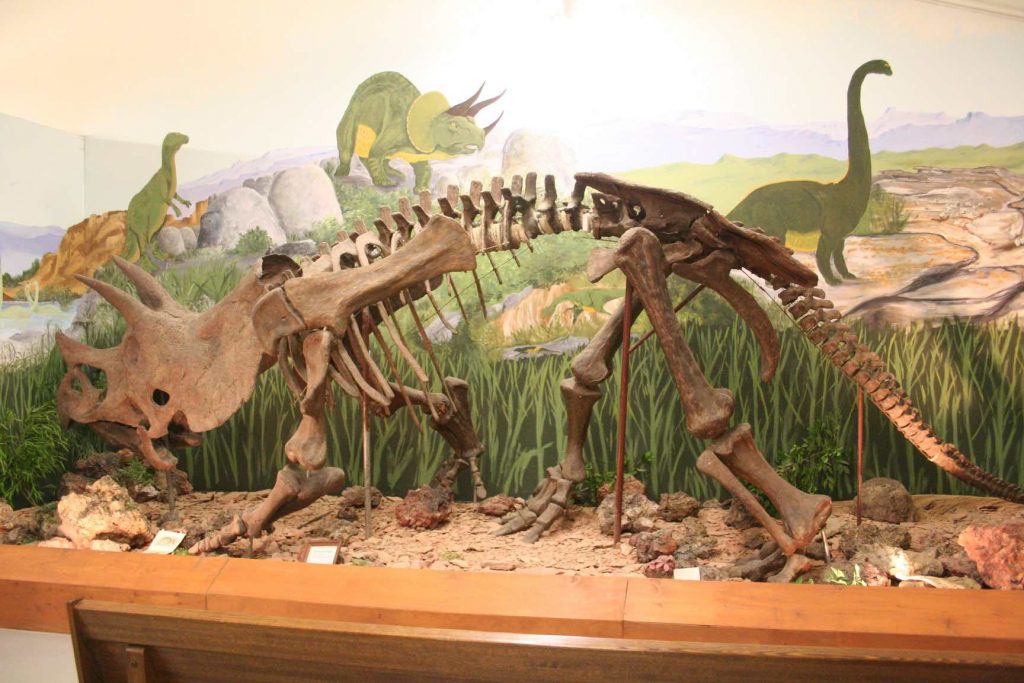 Head to the community of Jordan to visit the Garfield County Museum, where you'll spot a full-size Triceratops cast among other impressive prehistoric findings. The original Triceratops fossil was discovered just north of Jordan, and that isn't the only major finding from the region. In 1902 the world’s first identified Tyrannosaurus rex was discovered near Jordan, and the full T. rex skull is still displayed at the museum today. 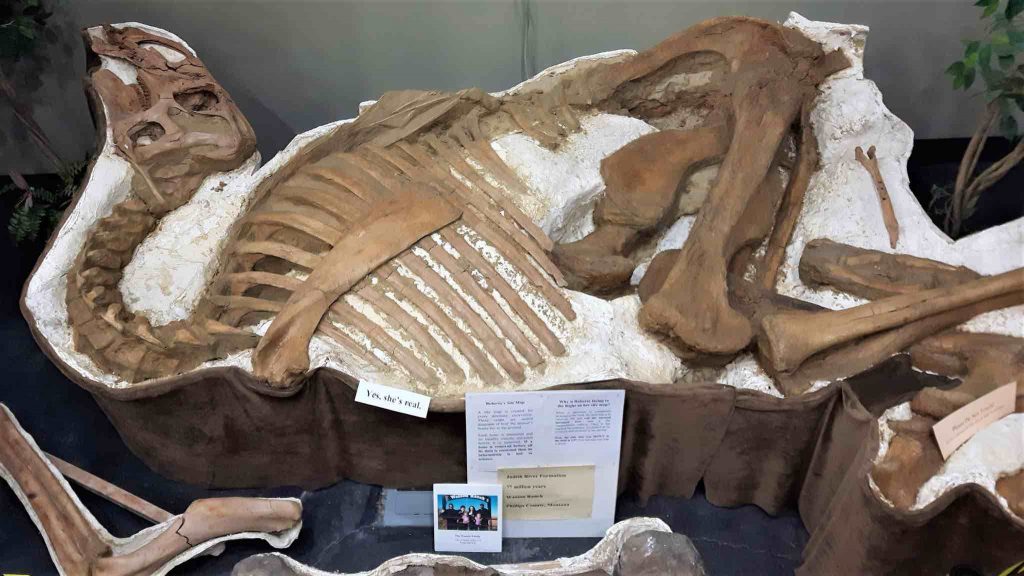 You can expect to find a wide variety of rare fossils at the Great Plains Dinosaur Museum and Field Station—after all, it's in the name. Dino sightings at this stop include prehistoric fish, invertebrates, plants, and a variety of dinosaur species such as Triceratops, Stegosaurus, Sauropod, Raptor, and Hadrosaurs. If you want to get even closer to the action, check out the museum's preparation lab or look into a summer dinosaur dig. 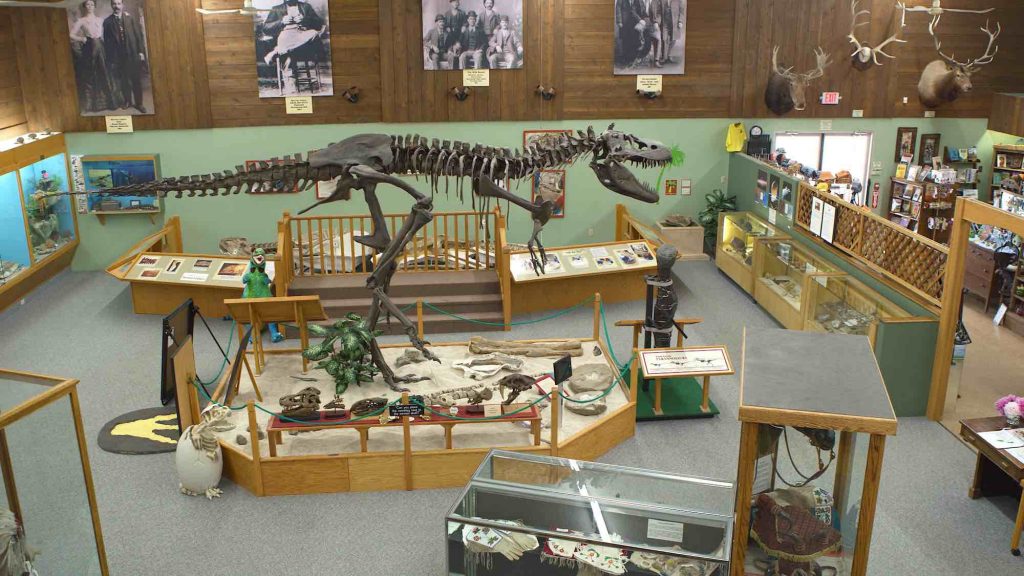 Not far from the Great Plains Dinosaur Museum, you'll find the Phillips County Museum chocked full of discoveries from the nearby Judith River Formation. Around seventy-seven million years ago this formation was the bank of a shallow, warm inland sea that created the perfect habitat for prehistoric giants. Lucky for us, this also means that the region is scattered with especially impressive fossils and findings. The most notable of those fossils is "Elvis," the 33-foot-long Brachylophosaurus that is known as one of the best articulated skeletons ever found.

Montana is reopening, and we know more room to roam is a sought-after commodity as folks begin to explore the state again. We welcome you to enjoy the fresh air and open spaces of northeast Montana, as long as you do so responsibly. We ask that all residents and visitors continue to follow state and local orders, and maintain best practices for cleanliness and social distancing.

If we stay true to our roots by acting responsibly and kind, we can reopen right in Missouri River Country. Thank you for joining us in keeping our region safe, clean and beautiful.