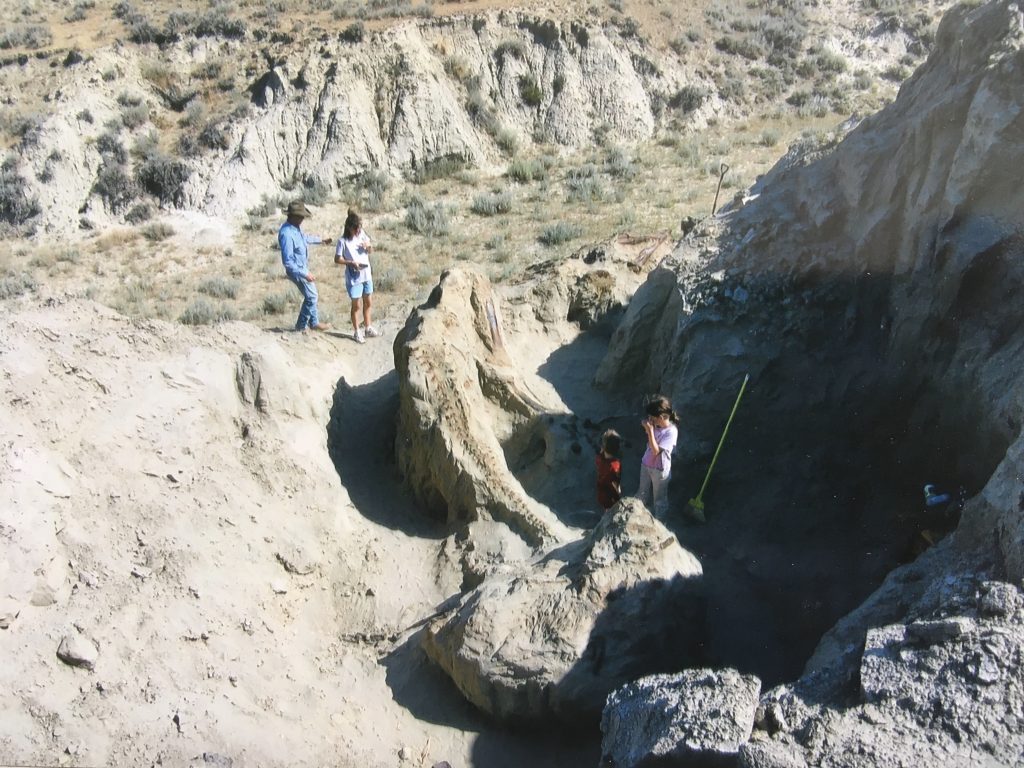 Missouri River Country’s dinosaurs have made headlines again! The "Dueling Dinosaurs" fossils were found in the Hell Creek Formation in eastern Montana, seemingly intertwined in what appears to be a fight to the death. The 67 million year-old fossil is of a Triceratops horridus and its carnivorous opponent, thought to be a juvenile Tyrannosaurus rex or the widely debated Nanotyrannus. The pair, still entombed in the sediment of Hell Creek, have been donated to the North Carolina Museum of Natural Sciences.

Paleontologists and dinosaur enthusiasts alike are excited that the Dueling Dinosaurs fossils found a home. And with a new home, comes new opportunity. “There will literally be thousands of studies done on these fossils,” says paleontologist Tyler Lyson of the Denver Museum of Nature and Science.

The Big Sky state, especially Missouri River Country, is a hotspot for dinosaur fossils. Millions of years before the formation of the Missouri River, they roamed the once lush wetland landscape, and our home was theirs. Fast forward, and Montana has now been the excavation site for many important discoveries. Learn more by exploring the Montana Dinosaur Trail, or even going on a real life dinosaur dig in our incredible region. There's always more room to roam and more history to uncover in northeast Montana.

A Weekend Getaway to the "Middle of Nowhere"