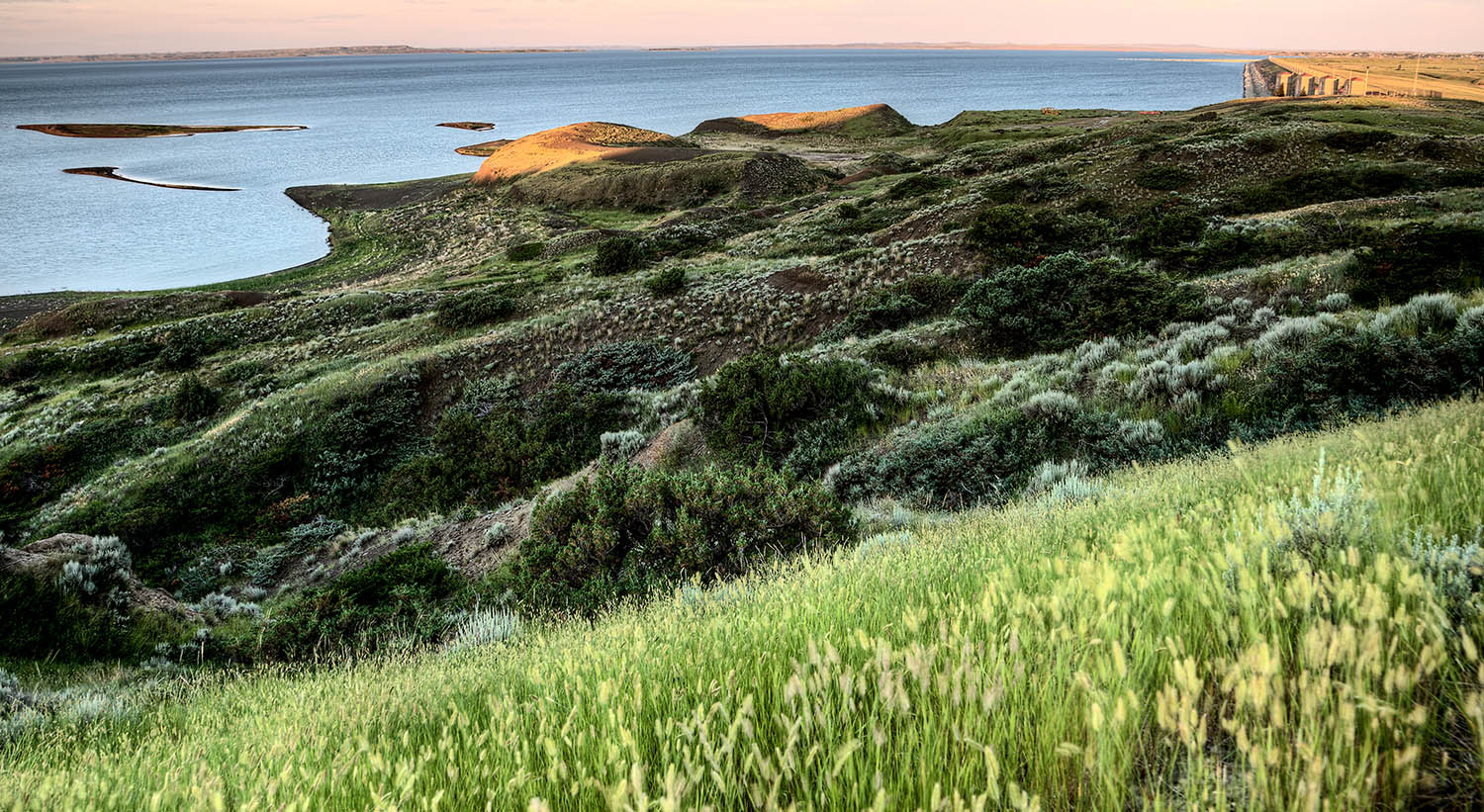 Fort Peck was planned and developed by government engineers as the headquarters for construction and operation of the huge Fort Peck Dam in 1933. Fort Peck Dam is one of the largest earth-filled river impediments in the world. Its original purpose was not only to control floods but to create jobs in a depression-saddled economy. At that time, the undertaking was one of the nation’s largest public works project. The building of the dam, at its peak in 1936, provided 10,456 jobs; it was completed in 1940. The dam spans across the Missouri River from bluff to bluff covering 3.5 miles.

The name is derived from an old trading post that was located here. Colonel Campbell K. Peck and Commander E. H. Durfee established a trading post and Indian agency in 1867 a few miles from the present dam site. Fort Peck established a monopoly on fur trade with the Assiniboine and Sioux.

Fort Peck Lake is a Montana treasure for its size and outdoor opportunities. Six recreation areas within a few miles of the dam provide access for water sports, fishing and hunting. This part of Fort Peck Lake is surrounded by the eastern unit of the Charles M. Russell National Wildlife Refuge. You can camp anywhere on the refuge. One recommendation is to go out to the Pines Campground, about 20 miles southwest of the dam. It provides some great scenery and photo opportunities, especially late in the day.

While at Fort Peck, you can either camp or stay in the 1930s-style Fort Peck Hotel (the rooms were remodeled in 1993). Fort Peck Interpretive Center and Museum, a member of the Montana Dinosaur Trail, features a cast of the Tyrannosaurus rex known as Peck’s Rex in the main lobby. The facility also features two of Montana’s largest aquariums showcasing native and game species of Fort Peck Lake and the Missouri River. And if you’re there between June and September, be sure to attend the Fort Peck Summer Theatre. It was built in 1934 as a movie house for the new town. Today it boasts a fine summer theater company.